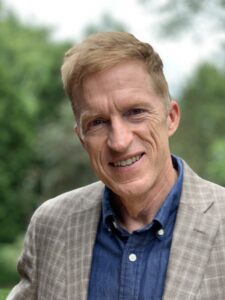 Dan Lamb is deputy supervisor for the Town of Dryden, a NYS Democratic committee member, and a former congressional aide.

The House January 6 committee hearings are exposing the fragility of our democracy, the importance of voting, and the widening gulf between today’s Republican Party and reality. Tompkins County voters have critical choices this August: primary candidates for state senate and Congress, special election candidates for Congress, and the future of democracy.

The State Senate and Congressional primary races concern new districts that include Tompkins and counties southeast. Democrats have excellent candidates to choose from: Lea Webb and Leslie Danks Burke for State Senate and Josh Riley and Jamie Cheney for Congress.

Due to Representative Tom Reed’s resignation, there is also a special election open to all registered voters for the current 23rd Congressional District. The winner will immediately represent Tompkins and 10 counties to the west. The special election is a chance to elect a candidate who can run in November.

Reed’s rush to start a career as a D.C. lobbyist may have done Democrats a favor. While the GOP nominated Reed’s inexperienced former aide, a political insider, Democrats found a strong candidate. Max Della Pia is a thoughtful leader whose career is matched for this moment. His life has been dedicated to public service, not politics. He served three decades in the U.S. Air Force and was an aide in the U.S. Senate. He leads several nonprofit boards that serve the needy — boards that make rural communities tick. Della Pia’s platform includes restoring women’s reproductive rights, combating climate change, and safeguarding our elections.

The Jamestown Post Journal wrote last month, “Residents, if they listen, may become impressed with the Democratic candidate.” Addressing the nastiness of the race, it continued, “Della Pia, who speaks softly but with command, could be capable of rising above that distraction.”

The special election has strong implications for the November general election. Tompkins voters can help Max win in November, in the new 23rd Congressional District, by electing him to Congress in August. In November, he will face one of two GOP candidates battling for the nomination, both of whom seek Trump’s endorsement.

The frontrunner, Carl Paladino, recently declared that “Hitler is the kind of leader we need today.” He is backed by self-described “ultra MAGA” Republican Elise Stefanik, the House Republican Conference chair. Paladino’s opponent is state Republican committee chairman Nick Langworthy, who led Trump’s presidential transition team and earned Stefanik’s ire by obstructing her plans to run for governor this year.

This race has gained national attention by revealing the underbelly of today’s GOP and demonstrating that its candidates are unfit for office. The winner of the Republican primary may be the Democrat, Max Della Pia.

Max’s campaign highlights his service to the country and his community. It’s a campaign about finding the stability and shared values needed to keep the American experiment going in a time of democratic backsliding, rising inequality, and unveiled bigotry.

This year’s elections are about democracy versus a cult. The GOP has been hijacked by extremists loyal to a twice-impeached former president and his Big Lie. This race is a chance to vote against Donald Trump’s violent, anti-democratic, insurrectionist movement.

If Republicans win this seat, they gain another partisan in their war on voting rights. Max believes in the peaceful transfer of power and that election outcomes must be honored. He supports expanding ballot access and restoring the Voting Rights Act to protect against discriminatory policies.

If Republicans win this seat, they will gain another vote for defunding Planned Parenthood and a national abortion ban. Max will fight to restore women’s right to choose.

If Republicans win this seat, the oil and gas industry will gain another climate change denier in Congress. Max recognizes the existential threat of climate change and supports efforts to reduce greenhouse gas emissions.

On issue after issue, the GOP has been radicalized. Elections are our only remedy.

The races for the old and new 23rd Congressional District show the true colors of today’s GOP. As Maya Angelou advised, “When people show you who they are, believe them.” Voters across the district, from here to Lake Erie, only need to look at the candidates, put country before party, and vote. The outcome of elections this year may determine if there are free and fair elections in the future.