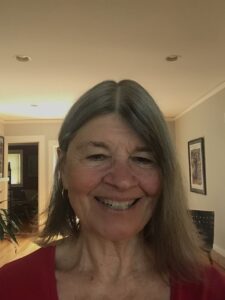 Tompkins County does not lack strong women. In 1970, Assemblywoman Connie Cook led the movement to legalize abortion in New York State. Past Assemblywoman Barbara Lifton and Assemblywoman Anna Kelles have proven to be worthy successors to Cook. Shawna Black chairs the Tompkins County Legislature, as has Leslyn McBean-Clairborne, Martha Robertson, and Barbara Mink. In 2003, Ithacans elected Carolyn K. Peterson who served two terms as mayor. Most recently, Laura Lewis, Acting Mayor of Ithaca, has added her name to this illustrious list.

Acting Mayor Lewis did not campaign for the position she holds. An alderperson from Ithaca’s Fifth Ward, she joined these ranks when she became Acting Mayor after Svante Myrick’s resignation in January, a temporary appointment that ends after Election Day in November. She now is running to serve the remainder of the term until January 2024.

A forty-year resident of Ithaca, Laura established a local reputation as an activist and volunteer, even as she rose through the ranks at Cornell University where she retired as Director of Student Services at NY School of Industrial Relations. She served on the board of Ithaca Neighborhood Housing for twenty years. Also active in local Democratic circles, Laura chaired the Fifth Ward and the City of Ithaca Democratic Committees. In 2017, her passion for housing issues informed her decision to run for alderperson from the Fifth Ward. While holding office, she has chaired the Planning and Economic Development Committee and served on the TCAT Board.

Those who spend any time with her also know Laura as a good neighbor to her fellow Fall Creek residents, a caring friend and doting grandmother. She is married to Kevin Murphy, who recently retired from the English faculty at Ithaca College. They are avid cyclists. Their two sons attended Fall Creek Elementary, Boynton Middle School and Ithaca High and graduated from Ithaca College. Peter is an EMT in Florida, while Chris works and lives in Honolulu with his wife and son. Laura has spent her entire life in Upstate New York and is never happier than when the Bills are winning. Laura also never forgot from where she came. Raised in economically challenging circumstances by a single mom in Buffalo, she was the first person in her family to graduate from college when she attended Binghamton University.

These work and life experiences have informed Laura’s vision of what she and other public officials can do to improve the lives of Ithacans. Her decades long work with INHS and intimate knowledge of the affordable housing crisis in Ithaca was a major reason she sought “a seat at the table” as an alderperson. As alderperson and acting mayor Laura also been a staunch supporter of Right to Counsel for renters facing eviction. She has also provided leadership on public transport on the TCAT Board, been deeply involved in the Reimagining Public Safety Initiative and championed the Ithaca Green New Deal. It would be hard to find a candidate with a more distinguished record than Laura.

As she said in a recent statement, “The institutions and organizations I have been privileged to serve have allowed me to develop the leadership skills that I combine with my core commitment to serving my community. As Ithacans, we have much work ahead of us to make our city an even more vibrant place in which to live, work and play. I am honored to have been part of our efforts to address complex issues like sustainability, housing, and public safety. I look forward to earning the trust of the voters to serve another year as Ithaca’s mayor.”