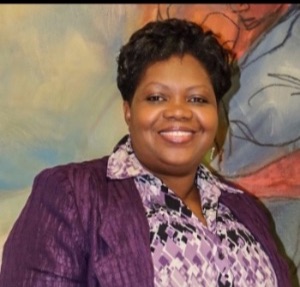 by Leslyn McBean, republished from the Tompkins Weekly

The Sting of Systemic Racism

Leslyn McBean-Clairborne wears 2 hats as Chairwoman of the Tompkins County Legislature and the Executive Director of GIAC. She is an experienced mediator, facilitator, actress, and community organizer.

“The sting of systemic racism,” words that echoed from the mouth of President Biden as he gave his inaugural address, accounting for the ways in which America is shaped by racism. It is great to hear the country’s top leader prioritize this issue, but we have been here before. In the moment of joy and celebration we hear those words and experience a glimmer of hope that change will come. Sadly, it should come as no surprise that real, sustainable change does not.

Year 2020 was unprecedented by all accounts – tumultuous, unpredictable, and downright truth-revealing. While the medical pandemic of COVID-19 raged across our world destroying lives in its path, citizens protested with outrage against the social pandemic of racism that continues to put Black and Brown people in the chokehold of death, figuratively and literally. We all watched the 8-minute-46-second public execution of George Floyd. Many people expressed their disbelief but those of us who live this fear daily cannot afford disbelief; it is too costly. There is no better truth-revealing than to watch that video and see systemic racism in real form. In 2020, before and after George Floyd, more than 20 Black and Brown unarmed people (at least six teenagers among them) were unjustly killed by police or private citizens for Standing While Black, Walking While Black, Jogging While Black, Driving While Black, Going-to-Family-Thanksgiving-Dinner While Black, Sleeping-in-their-Own-Apartment While Black, Putting-their-Children-in-the Car While Black, Protesting-for-their-Life While Black. You get the idea. Yet with an abundance of videos and reports we still must defend why it is important to headline “Black Lives Matter.”

For months over the summer and fall of 2020, as Americans of all backgrounds unified to say “enough” and to demand justice and freedom from tyranny, they were met with acrimony. How does a call for basic human decency, respect, kindness, justice, inclusion, and equity become a highly charged threat to America’s democracy? The answer is racism. Any attempt to dismantle it or remove its sting is characterized as force-feeding “liberal ideologies” to the masses by “progressive socialists.” Such intentionally chosen rhetoric ignites the lies that America’s democracy is under siege, a dog whistle to awaken white supremacist groups, the likes of which the world witnessed storm the Capitol on January 6, in a failed insurrection – that’s the real threat to American democracy. In a March 18, 2020, report from the Southern Poverty Law Center, Year in Hate and Extremism, white nationalist groups increased by 55% and anti-LGBTQ+ hate groups increased by about 43% since 2017. Frightening to say the least.

While our country was embroiled in an emotionally charged reckoning over racial injustice following the killing of George Floyd, the Coronavirus global pandemic revealed vividly another chasm of racial inequity into which many People of Color fall: lack of proper health care, decent living wage-paying jobs, and the perpetual condition of poverty. We have heard it on the news, but it bears repeating: compared to White people, People of Color are twice as likely to contract COVID-19, four times likely to be hospitalized, and three times likely to die (per CDC.gov). Black and Indigenous Americans suffered the highest rates of death from the disease. While certain occupations allowed for telework, many People of Color – who often hold essential jobs including custodial workers, home-health aides, nursing-home care providers, food-service workers, farm workers, and more – had to show up for work and risk increased exposure to the virus. They had to pay their bills and feed their families, many while working two or three different jobs in a day. Race and ethnicity, two characteristics that People of Color cannot change, are high-risk markers for death because of systemic racism.

There is hope, however, in defanging racism, albeit a slow and arduous process with moments of retrogression. After all, despite monumental efforts and threats of violence to suppress their votes, People of Color showed up at the polls in record numbers in 2008 and 2012 to elect Barack Obama twice as U.S. President, and Kamala Harris as Vice President of the U.S.A. in 2020. These elections are testament that the seemingly unimaginable is possible in America. Dr. Martin Luther King Jr., said, “The time is always right to do what’s right.” We have to be unconditionally willing to work for real, sustained change.

As we celebrate Black History Month, let’s recommit to do our part to take the sting out of systemic racism: call out racism when you see it, even if your voice trembles; stop funding organizations that have diversity, equity and inclusion policies that are just words on paper with no intention or demonstration of implementation; build enough time into search processes to allow for a new search if the first one didn’t produce a pool of qualified, diverse candidates; and, while you’re at it, revamp recruitment and marketing strategies to be intentional in reaching diverse and inclusive talent. Create a supportive culture at work, on your advisory board, wherever, to freely discuss events of discrimination and oppression that adversely impact People of Color instead of muting conversation. Also, support People of Color who want to run for leadership positions including elected office. If they are not ready but have potential, help prepare them for next time. For those in leadership, be there for those candidates to encourage and support them; it can be a lonely place when you are only one fighting the systems.

There are many more actions that can be taken. Small steps matter. If you are not sure how to take the first small step reach out to the vast number of people and resources in our community who stand ready to help.

America, “You must do the thing you think you cannot do.” – Eleanor Roosevelt