The Tompkins County Democratic Committee proudly endorsed a full slate of regional Democratic candidates at its July 30thmeeting including:

Tracy Mitrano’s (23rdDistrict US Congress) candidacy was endorsed early in 2020.

Each of these Democratic candidates are launching robust campaigns supporting many Democratic issues including jobs, tax reform, climate change issues, support for education and public schools, New York State Health Care Act and so much more. The public is urged to support these candidates by donating generously and volunteering in the get out the vote initiative.

The Tompkins County Democratic Committee volunteering efforts is being organized by Peter Rothbart, Volunteer Coordinator. He can be contacted at  TCDCvolunteers@gmail.com  All are encouraged to get involved. 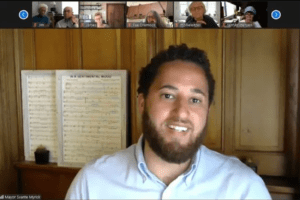 Approximately 100 people attended the virtual meeting, which was held on Zoom, on Sunday, June 14. Representatives from the Biden campaign walked attendees through phone banking for Biden. TCDC chair Jim Gustafson said that while campaigning may shift to in-person efforts in the fall, the current virtual campaigning still has a positive impact. Typically, campaigning does not start as early as June, but rather after the Democratic National Convention, which is usually in August or September. The focus of these phone banking calls are to mobilize other Democrats in states like New York to join the Biden campaign. Later in the summer, the campaign will shift to focusing on swing states across the country. READ MORE...0 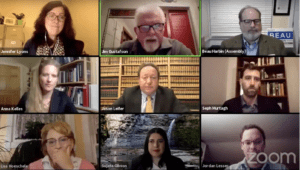 Local Democratic candidates marched on, albeit virtually, with their campaigns in a candidate forum hosted by the Tompkins County Democratic Committee on Zoom Tuesday evening. Read the story in the Cornell Daily Sun here...

This would be a good time to visit our video channel on YouTube.